Another year in the bag and it has been quite the year. I set myself a few big goals at the start of the year and achieved not a-one of them. But I’m more than OK with that. Because I’ve had all kinds of adventures and managed to achieve things I wouldn’t have even considered possible. So join me on a rather picture heavy trip down memory lane!

Got to meet up with a rather sick Sarah once again in January where we ate in a strange Phileas Fogg themed pub and hung out in a coffee shop to chat (and also met Dre and Hazel for the first time!) 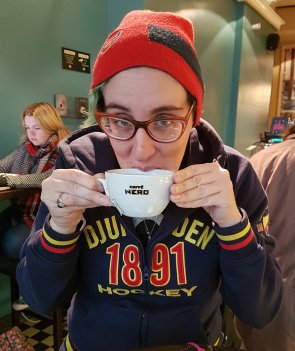 Headed to Miami for Race of Champions but first had a wander around Little Havana on my own and then got to see some gators in the Everglades with Sarah and her local hockey friend, Angie.

Got joined by Liz and finally met Jiat after years of chatting online. Got to watch a bunch of nerds from different racing series’ go up against each other. Made my fave Brazilian chuckle with a spontaneous banner. Ate an amazing donut. Reminisced about Austria from our room balcony. Witnessed Sebastian Vettel annihilate pretty much everyone in the name of Germany and FINALLY got my much sought after selfie. 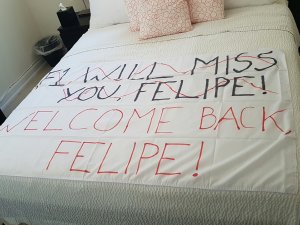 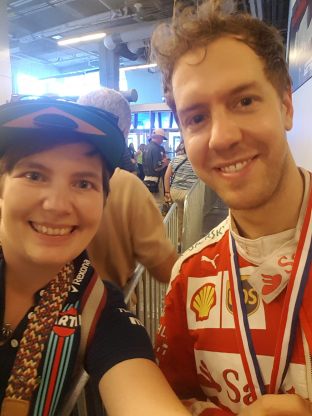 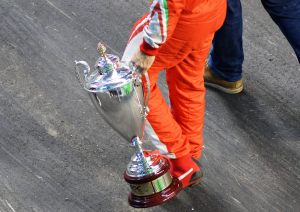 Started commissioning art for the main characters of my novel. By the end of the year, I had myself the full set. The time to begin again is nigh…

Back stateside for a ridiculous road trip from Boston to Indianapolis (with a rest stop at Columbus where a bug attacked Liz and it was hilarious). Acquired a “queen would be proud” hero card from Josef Newgarden, had a Hinchtown Hammerdown at Flat 12, did a grid walk and watched the Indianapolis GP where some random guy gave Liz his Ronnie Peterson shirt. 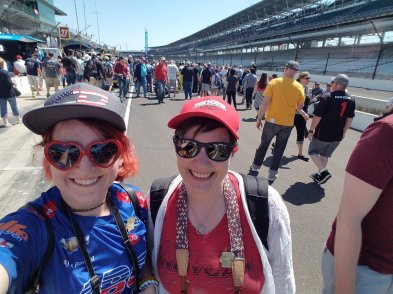 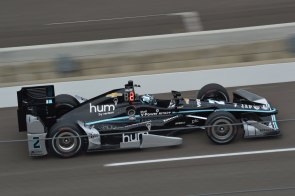 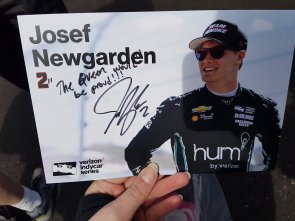 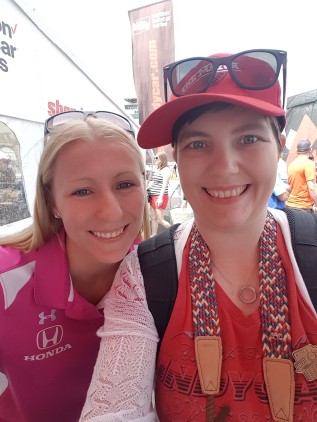 Some downtime between races lead to a few side quests. A trip to Indianapolis Zoo where we befriended some birds and Liz braved the butterflies. Liz’s 21st birthday celebration which was…memorable. Playing darts and messing around with the jukebox with Sarah’s local friends. Liz and I messing around in a children’s museum while Sarah visited St Louis. Hilariously winning a large Alexander Rossi canvas. 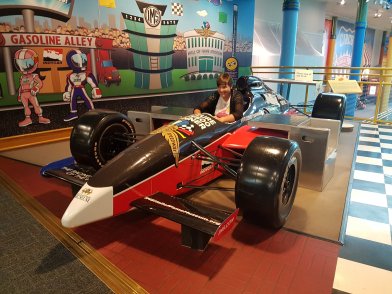 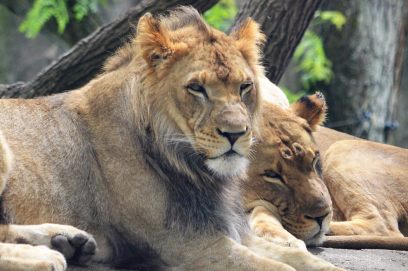 Time for the 500. Met Aleks for the first time properly with her trying to get changed in the back of Sarah’s car. Finally getting a Steak ‘n’ Shake experience. Attending the McLaren documentary North American premiere. Hanging out at the Last Row Party and standing on the podium. Seeing a live Mayor on Air recording with Tony Kanaan just sitting down next to us as an observer. Watching Monaco qualifying in the autograph line and rejoicing with Jiat over Kimi’s pole position (his first since 2008, you know…). Getting a high five from Simon Pagenaud. Jeffrey Dean Morgan told me to give him a hug and then took a selfie of us. Liz consumed a box of wine in the grandstand. Most of my faves didn’t make it to the end of the race. Everyone was happy for Takuma Sato. The rain held off just long enough for us to get onto the gravel in the car park. Another Steak ‘n’ Shake was consumed. 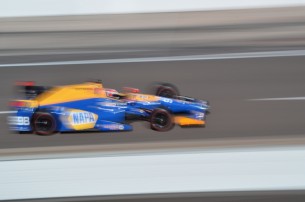 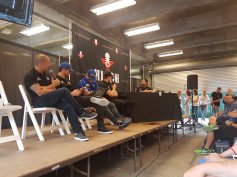 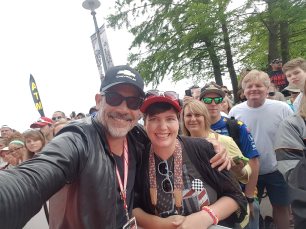 Barely 24 hours after arriving home, time to head to Silverstone for the Williams 40th Anniversary festivities with the Massa Mafia. Jade dropped her camera in her beer and it survived. I managed to stay awake for the entire day. Got a group selfie with Felipe. Got grief from Rob Smedley. Again. A good time was had by all. 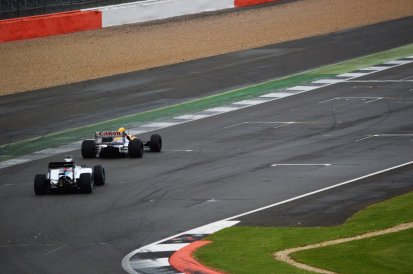 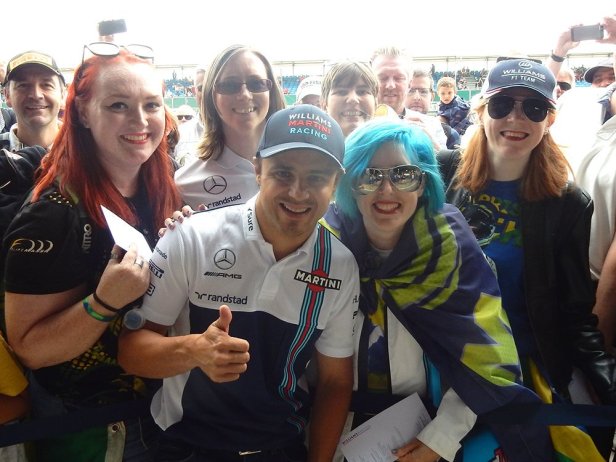 Headed for the Festival of Speed mostly for some photo taking and to listen to the much missed Nico Rosberg. 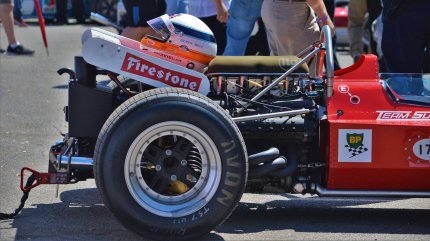 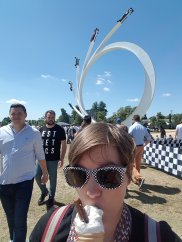 Attended the F1 Live London event and had a blast. Got to see Bastille and Kaiser Chiefs for free???? Got sprayed directly in the face with champagne courtesy of Valtteri Bottas. Saw Carlos Sainz say ‘Massa Mafia’ to Daniil Kvyat courtesy of Jade’s flag. 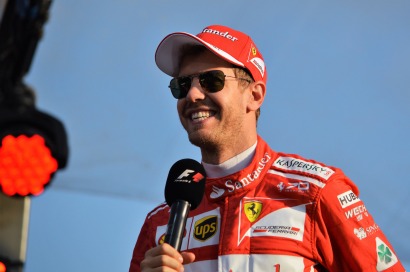 Won a paddock pass for Silverstone thanks to Dare to Be Different. Had a meeting with Ross Brawn like it was perfectly normal and not ridiculous at all. Interviewed a BP employee in the McLaren motorhome. Watched the race from the Mercedes motorhome with a three course lunch and Niki freaking Lauda sat on the table adjacent to me. Failed to contain my Ferrari-induced trauma despite being in Mercedes hospitality. Rode home with Jo and endured about 50 million roundabouts through Milton Keynes. 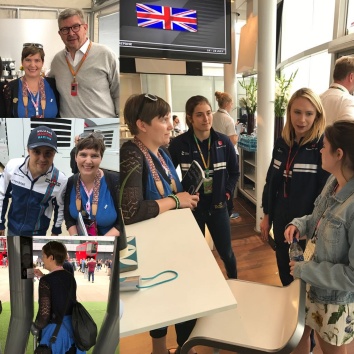 Finally made the banner I came up with in Austria 2015. Never let a pun go to waste and when you’re numbers make up a lovely ‘777’ what else is to be done about it? Jackpot, indeed.

Went to Monza with Irene and got to hang out with the Mafia some more. Practically drowned on the Saturday waiting for qualifying but spirits couldn’t be higher because of it. Got to meet Fran finally. Discovered some amazing pastries that we ate far too many of. Watched the Indy race on my TV at home via a Skype link thanks to my dad. Saw many many awesome dogs in Como. 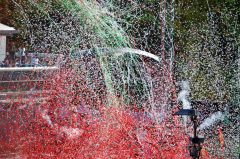 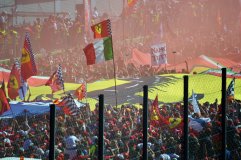 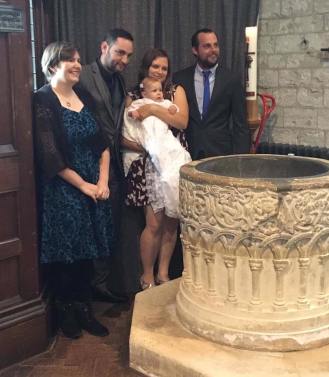 Got hospitality at Brand’s Hatch with work for the BTCC finale. Watched the Malaysian GP on the drive up. Did another grid walk. Got to see Druids. Discovered that these cars are incredibly difficult to get out of.

Managed to get second row tickets to Ready Player 3 while sat in a grandstand at Monza. Had a mini-Mafia meet up before hand. Got to see three of my favourite YouTubers in front of my eyes. Three guys who have made the worst of days better. Got to hear Yoda Jokes, a live rendition of Sandstorm, see Jacob Anderson try to Mario blindfolded, cheer my heart out for Yoshi and do it all with a like-minded individual in Jade.

After a year of contemplation and having seen Liz and Sarah get tattoos in Indy, finally took the plunge in designing and actually GETTING my first tattoo. An ode to my favourite video game franchise Uncharted and my favourite character of Sam Drake. Sic Parvis Magna, baby.

Spontaneously applied for a London job working in a motorsport archive. Got an interview. Got much needed encouragement from Jo to actually attend said interview. Got the job. Got a house share. Had a minor meltdown. Started job. Realised it really was a dream job after all. 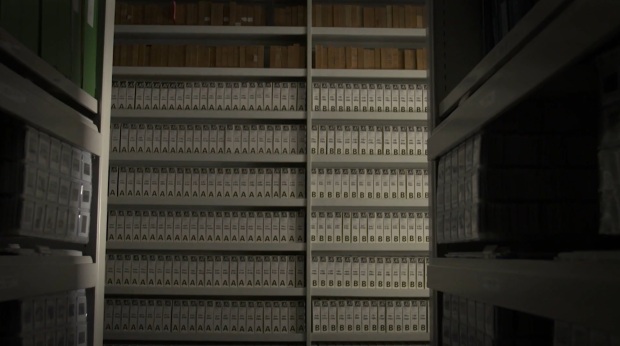 Headed into London to watch the last race of the year with the Mafia. A final farewell (this time for sure) to our favourite pint-sized driver. Emotions were had. As was Brazilian food at he O2. Went on the Emirates Air Line with our whole car experiencing a spectrum of feelings about it. I enjoyed it, at least!

On top of all this I got to do podcasting with a bunch of friends talking crap about cars. I turned 30, an age I’ve always considered myself to be ever since I was a teenager. I got two articles printed in a local publication and had words AND photos printed in an issue of Autosport. I got to hang out with some of my best friends both in my home town and all across the world. I got my motivation back for my novel and for writing in general. I started reading a book for the first time in far too long.

The year feels like it has gone by in a flash but somehow I managed to squeeze all of this in. I cannot wait to see what’s in store for 2018.