My Driver of the Day

Has to be Carlos Sainz. He took a risk at the start, being the only driver to go out onto slicks and while it left him totally out of shape initially (even causing him to clatter into a barrier), he stuck it out and pushed hard all race, fighting in the top 10 and ending up finishing P7. A tremendous result not only making him best of the rest but also catapulting Toro Rosso into P4 in the championship. Not too shabby!

Best Move of the Weekend

Hands down, Sebastian Vettel vs. Daniel Ricciardo. Sebastian had been chasing down both his teammate and Ricciardo ahead for several laps, all of them within a second or so of each other. Eventually Seb managed to make the move on Kimi and close the gap to Daniel. And with a bit of a lunge, he tried to make the move but most importantly (and something I’ve always found with his driving) committed to it all the way. Dan left him enough room for them to follow side by side through the next couple of corners before they touched wheels (Sebastian literally rubbing the red stripes off Ricciardo’s super softs in the process) and Sebastian eventually pulled ahead. I feel like he’d probably be happier with second place and that move in his pocket than a win today.

“Here we have to see if it’s more harder or less easier to overtake.” – Wordsmith Kimi Raikkonen in the Thursday Press Conference

Favourite Photo of the Weekend

Number 2 drivers. People seem determined – just two races into the season – to want the two leading teams to already be prioritising their lead drivers. Which is bullshit. And I’m glad the majority of the people actually involved in those decisions seem to agree.

I suppose it has to be Max Verstappen. I was surprised that the Red Bull’s had a better race because they are always better in the rain but to have Max be so close to the front after such a short period of time was impressive.

Williams. Ever since their resurgence in 2014, they’ve still proven to be a bit of a nightmare in the wet. And I had hoped we’d gotten on top of this by now. But it appears not. Stroll’s race was scuppered right at the start which was unfortunate enough but Felipe ended up second to last which, after qualifying well, was a damn shame. Fingers crossed they get to figuring this out sooner rather than later.

Were Any Memes Born This Weekend?

Shocked Valtteri. Seen during the weigh-in after seeing he missed out on Q2 by 0.001 seconds.

Ricciardo and Perez getting reprimands for not attending the anthem ceremony on time. Did the stewards just feel like they hadn’t had enough to work with in the race? Come on, guys.

The Dark Lord himself made an appearance during the Friday washout. Unsurprisingly, he appears to be a Red Bull fan. Or perhaps this is just Helmut Marko in his casuals.

The ‘You Tried’ Gold Star Award Goes To…

Another torrid day for McLaren but that didn’t stop Fernando Alonso from bigging himself up over the radio at every opportunity. Just in case any other teams are looking. Unfortunately his McLaren doesn’t run on self-confidence.

“You still have the possibility of P4, Nico……Valtteri.” – Tony Ross, demonstrating that old habits do, in fact, die hard. 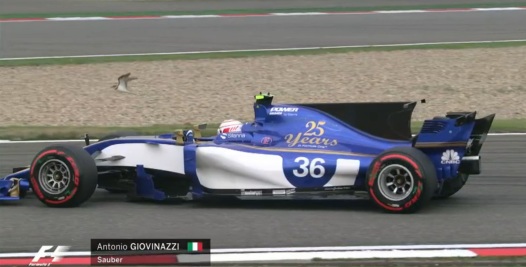 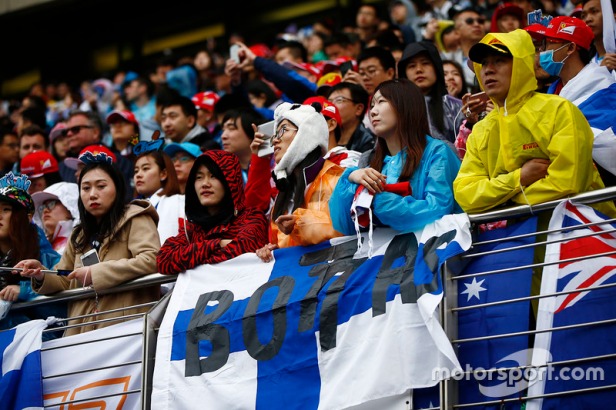 A missed opportunity perhaps on Friday to have a bit of fun but we did get treated to some table tennis just before the drivers parade. I won’t say no to that. (Also it looked like the most fun Stoffel Vandoorne has had so far this season. Keep distracting him with nice things, please.) 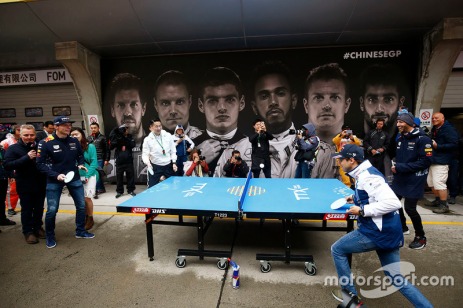 ‘For Sure’ Press Conference Count

Another 2/10. Everyone bubbly and enjoying themselves. Lots of gesticulating from Seb as he recounted his race, in particular and a great response from the fans.

Rain falls in Shanghai
But the fans brighten the track
And boost the drivers.