As someone who has tried to write race recaps every year and also failed every year, I have come to realise that it is not for me. I like to get more creative and have fun with things and writing a play by play that is going to be easily accessible almost everywhere just doesn’t cut it for me.

Then I struck upon an idea: the Formula One Time Capsule. A place to encapsulate the immediate feelings and shenanigans of a race weekend. Something to look back on and relive all the dumb little things that won’t be documented in your Wikipedia articles or your Motorsport.com race reviews. So without further ado…

My Driver of the Day 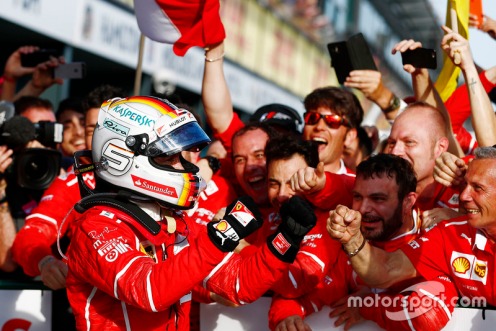 Sebastian Vettel. His performance I think was exactly what was needed for this first race of the season. We needed a shake up and a promise of a closer fight and he delivered. But also a big shout out to Antonio Giovinazzi for putting in a stellar performance when he only found out he’d be driving at all on the Saturday morning.

Best Move of the Weekend

Ocon vs Alonso vs Hulkenberg. Awesome driving from Ocon to set the move up and hold an opportunistic Hulkenberg back too. Unfortunately it ended up being a double blow for Alonso who lost two positions as a result.

Favourite Quote
“Not bad for an old boy!” – Felipe Massa after getting P6 in the race. 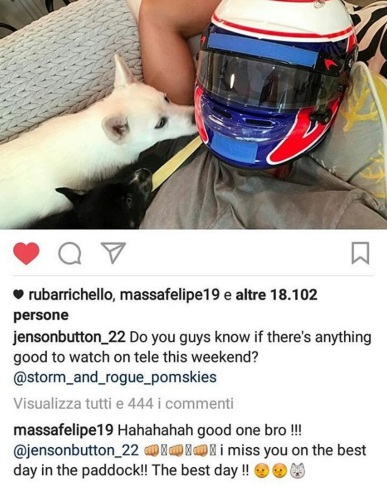 Favourite Photo of the Weekend

Biggest Talking Point
The fact that we finally have (potentially!) two teams duking it out for a championship. It’s the first time a team other than Mercedes have lead the championship in the hybrid era and yes, it’s very early days but it’s a good start.

Biggest Surprise
Antonio Giovinazzi. No one was expecting him to be racing this weekend, least of all him! But with Pascal stepping up and admitting that he didn’t feel physically ready to go a race distance in the car thanks to repercussions of his Race of Champions crash, Giovinazzi was drafted in last minute to fill the seat. And he did a great job of it too! Nearly got into Q2 but made a mistake at the end of his lap and then finished the race P12. Remarkable effort.

Biggest Disappointment
Daniel Ricciardo. What a god awful weekend for that man. Home race, large portion of the fans there rooting for him and his weekend just goes from bad to worse. Takes too much speed into the corner during his qualy lap in Q3 and loses the car, crashing into the barrier which not only put him P10 in the session but ultimately P15 with an gearbox penalty. Then the car gets stuck in 6th gear on the way to the grid and they have to recover it. Eventually they manage to get him back out though he’s two laps down and then ultimately, ends up retiring with loss of power. Dismal. Especially as it would have been handy to see how a top tier car works in the mid-field with regards to overtaking.

Were Any Memes Born This Weekend?

Pouty Verstappen became something of a meme over the course of the weekend as well as Toto Wolff’s fist-pounding outburst when Seb got the undercut.

Biggest Eyeroll Moment
Martin Brundle saying that Pascal should have just taken some painkillers and gotten on with it. Completely ignoring the fact that he would be putting himself and his colleagues at risk by potentially not being physically strong enough to control the car thanks to a lack of adequate training. Just sit down, please, Martin.

A Song to Sum Up The Race
Without Me – “Guess who’s back, back again, Seb is back, tell a friend.”

The ‘You Tried’ Gold Star Award Goes To…

Both Daniil Kvyat and Max Verstappen (and probably Sebastian Vettel, to be honest) for making a valiant attempt at trying to get the fastest lap but none were to stop the Flying Finn from claiming his 44th in Formula 1.

Best Team Radio
“Let’s get the fuck out of here.” – Daniel Ricciardo after his eventual retirement.

Most Noteworthy Facial Hair (For Better or Worse)

Sebastian Vettel’s beard. It lasted but a couple of days when it obviously proved to be slowing him down and was neatly trimmed for Saturday, de-aging him by a good 10 years.

Guide Dogs Australia were the official charity for the Australian GP and as such, we were treated to many pictures of puppies named after drivers as well as with various drivers over the weekend. A PR scheme I can fully get behind.

Awkwardness of Podium
2/10. Lots of chit chat and excitement. Webber on interview duty, always popular and asked good questions and received hugs. No shoeys. Solid A. 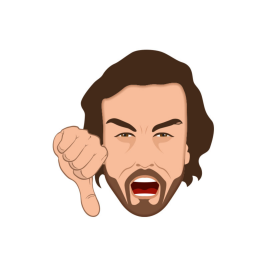 A Post-Race Limerick
There was a young man in red
Who could fight for the pole, they said
Then he tidied his face
Found some more pace
And a championship now he led!

See you in China, guys!