I got a Playstation VR headset for Christmas and I knew that one of the first things I wanted to try out was Batman: Arkham VR. I’d seen Jacksepticeye play it and thought it looked really cool and would be one of the best introductions to VR.

I was not disappointed.

Immersion at its finest

You take on the role of Bruce Wayne although for the majority of the gameplay, you are Batman. You get to put on the suit, you wear the utility belt, you get all the gadgets and can pull batarangs off your belt at will. 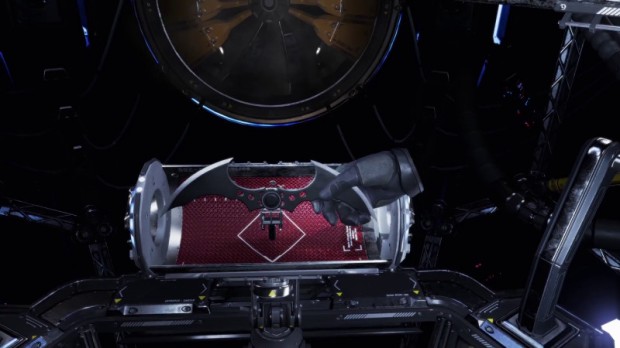 I’m not sure if this game is compatible with a regular wireless controller but I would wholeheartedly recommend using the two PS Move controllers because it just makes it so immersive. Being able to pick up telephones, push buttons, play pianos…The hand animations are just that – your hands and nothing else – but they intuitively form the correct gesture depending on the action. Fingers out to press something, curling to grip an object.

You can play it seated but it’s much better to stand. You don’t need to move around too much so if you have limited floor space (like myself) it won’t impact the experience.

The plot is very basic and does take into account the previous Rocksteady Arkham games although it won’t make a huge difference if you are unfamiliar with them. You’re tasked with tracking down Robin and Nightwing, both of whom have gone missing, all while Bruce is still living with the guilt of letting down former Robin, Jason Todd.

Unless you manage to have the headset perfectly tuned, there is going to be some blurring but so long as you account for this, the game is visually stunning.

The graphics are just what you’d expect from regular PS4 games and it’s made even more impressive from how close a lot of the characters are to you. During one of the scenes with Robin, the lip-syncing is near perfect and the facial expressions are frankly incredible.

And then of course there is just the scale of everything. To be able to actually set foot in Gotham, to stare up at the skyscrapers, to stand next to the Batmobile and appreciate just how huge it really is, to go from the narrow secret passage in Wayne Manor to the vast expanse of the Batcave, it’s really something to experience. You know the scale of these things when playing a regular video game; you know that Gotham is a huge city but being able to put yourself in the thick of it is a whole different ball game.

Claustrophobia is also a clever element used in the last part of the game. It really plays on the unique elements that VR provides. Being able to look all around, never knowing what is going to appear behind you or even when you turn your head just so. Being forced to peer forward – closer and closer – dreading what might happen but unable to progress without doing so. VR is going to be very effective in the horror genre, that I can be sure of.

You can’t have a Batman game without a set of gadgets. As I mentioned earlier, on top of the compulsory suit, you get batarangs, a grapple gun and a forensic scanner.

All are required at some point for puzzle solving but sadly there are no grapple gun animations as far as transport goes. You fire it and then are just teleported to whatever the destination is. I would love to see this fleshed out later but it’s understandable why it was passed over this time around.

The forensic scanner was probably my favourite gadget of the three, allowing you to scan crime scenes and look for clues and piece together an analysis. Ultimately, Batman is a detective so it’s nice to be able to put that into practice and do some investigating of your own. 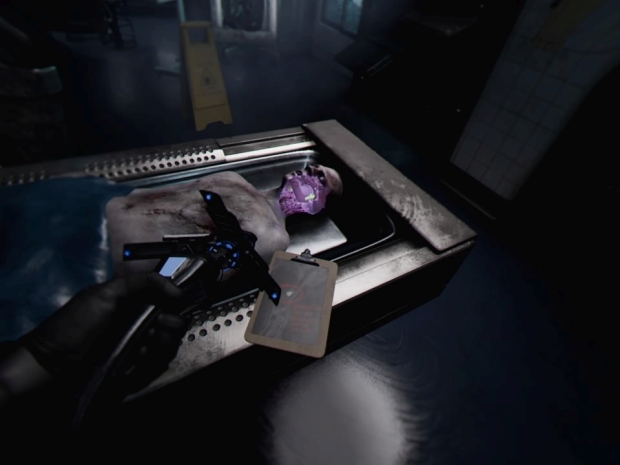 I’ve played a few different VR games and only one of them has made me feel very nauseous. This, thankfully, wasn’t one of them. I think the trick is that you don’t actually get to move as Batman. It’s a shame in a way because it does lose some of the natural quality of it but at the same time, I’d rather that than have to break up gameplay because of motion sickness.

Instead, in order to move around, you press a button on the controller and you will automatically ‘teleport’ to the area you were facing. Moving your head will allow you to look around 360 degrees from where you’re standing. For me, it tends to be when the controller moves the camera around, rather than your head, that the nausea is triggered.

The only time I did start to feel a bit dizzy was trying to reconstruct an item out of several pieces. A 3D puzzle. It was probably just my game and it may have been able to be fixed by recalibrating the controllers but the image started to shake and glitch a lot which made it a bit frustrating to complete but once the sequence was finished, it went back to normal.

I was genuinely surprised to find that it has replayability from a content perspective. Naturally, the game itself is replayable in as much as it’s a fun game, if not all that challenging. Even knowing how it ends, it’s still well worth multiple plays.

But there are also 13 PlayStation achievements to be had, many of which can be missed on the first playthrough. If you are keen on getting 100% on all games, you will definitely need to play through it at least one more time and spend quite a bit longer exploring.

Once you have finished your first playthrough, it is revealed that The Riddler has hidden 30 secrets throughout which you now need to go and find. It’s a clever way of making what is a relatively short game worth the money you are required to spend on it.

There are also plenty of nods to other Batman characters and references that fans of the franchise will get a kick out of.

I got it for £15.99 on the PlayStation Store and it could be considered a bit on the pricey side considering the gameplay is only around 45-60 minutes long but I would say it was well worth the price because there isn’t a huge amount available at the moment for VR and this is a wonderful showcase of the potential the format has.

I have never been a massive Batman fan but even I couldn’t help but completely geek out at being able to put myself in his shoes. It really is awe-inspiring what they are able to do and I hope that it’s not long before we get more variety and even longer games that are like this.