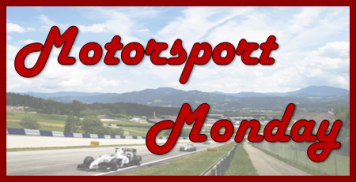 (Yes, I am aware it is Tuesday but NaNoWriMo has messed with my schedule…)

And this is the one race of the season that stresses me out the most. Because what scarce impartiality I have really goes out the window at my favourite driver’s home race. However, unlike last year where at this point in the season it isn’t unfair to say that Williams were the second best team, outscoring Red Bull in the last four races of the season, this year they have been convincingly leap-frogged by Ferrari who are getting back on form after a disappointing 2014. So it seems very likely that the podium positions are going to be fought between the two Mercedes and two Ferrari drivers. But, as we saw last time out in Mexico, anyone can have a bad day.

The weather forecast looks set to be stormy for Friday and Saturday running but clear on the Sunday. This could result in something of a mixed up grid, as is often the case when weather has a say, which could in turn lead to an interesting first few laps. Williams’ performance has noticeably improved in the wet although there is still work that can be done in this area to get them on par with the others. We’ve seen that Mercedes and Ferrari work well in all conditions and that rain will often benefit Red Bull who are also bringing the new Renault engine upgrade to Interlagos. It’s unlikely that this engine will see them too much further up the grid than they would be without it, but of course an engine change will also result in a grid penalty. Daniel Ricciardo has already stated that he’s not a big fan of the circuit and has only ever earned one point in all his races there so he probably won’t take the penalty too hard. I feel like Kvyat may be one to watch, however, possibly sensing this as an opportunity to extend his 4 point lead over his teammate.

I don’t think it a stretch of the imagination to say that a Mercedes should win the race. The big question will be if it’s #6 or #44. The championships are all sown up of course, but that’s not going to stop either of them wanting to win. And while Lewis has been the dominant force this year, these last few races have shown a Nico Rosberg that I have sorely been missing this year. We’ve seen flashes of it at some races (most notably Bahrain and Austria) but for the most part this season, he has seemed to lack the confidence in his own abilities to challenge his teammate and it has led to a string of second place finishes and unfair condemnation from the press. But there’s been a definite upswing in his performance and his confidence lately and it’s a delight to watch. Four pole positions in the last four races. A commanding win in Mexico. His results should have been better than they appear what with the broken throttle forcing him to retire from the lead in Russia and overly aggressive moves from his teammate into Turn 1 at both Suzuka and Circuit of the Americas. Nico did brilliantly to fight back to the lead in Austin but an unfortunate mistake ultimately cost him P1. But that can’t take away from his overall performance. He’s been riding a wave lately and I feel that it will continue into Brazil, especially as he is going into the race backed by a win and with the knowledge that he won here last year too.

Then there’s the fact that Lewis is quite clearly irked by Nico’s win in Mexico. Or at least the so called ‘circumstances’ behind it. But this can only work in Nico’s favour and I don’t doubt that he’s well aware of that. There’s also the surprising fact that Lewis has never actually won at Interlagos. I think this is largely overlooked because he clinched his first world championship at the track and so he is synonymous with it in a way, just not as a grand prix winner. He’ll want this victory (especially with his idolisation of Ayrton Senna) and it will be interesting to see if that extra motivation will focus him or put him under extra pressure to perform.

As far as the home favourites go, it’s hard to say how they’ll go. I’d like to think that Williams will have good pace and might at least be capable of challenging for the podium but Ferrari’s pace has been impressive lately and they have already started introducing the 2016 power unit while Williams are still running the 2015 Mercedes PU, unlike the works team. It seems unlikely that Sebastian will be able to get P2 in the championship after his DNF in Mexico and Nico’s victory but I have no doubts that he will try his level best as usual, especially after such a disastrous race last time out. Kimi has also had a string of bad luck/incidents in the last few races and will want to shake those off before going into the winter. Hopefully we can avoid another Finnish fiasco, otherwise they really are going to have to start taking it personally.

Brazilians always tend to go well at their home GP because the support is just so intense and overwhelming so I think Nasr may well be looking at a low points scoring finish this weekend.

What can be said of the McLarens? It’s quite obvious that this isn’t where they wanted to be at this point in the season. Back in March, they were predicting podiums by this stage and right now they’re still looking longingly at points finishes. They have yet to even make it into a Q3 session in qualifying. I don’t think Brazil is going to be a track for them but at this stage I am just hoping that they both finish. Seeing Fernando have to retire after one lap last time out was just depressing.

So here is my tentative prediction for the top 10 finish:

I think Nico will continue his pole streak, especially if the practice sessions are rain-affected. Assuming he stays in front at the start, I’m confident he can keep ahead and pull a gap and, thanks to the clean air, he will also get fastest lap of the race. Lewis will be nipping at his heels with hopes of getting him during the pit stops but to no avail. Somehow I see Sebastian qualifying P3 and staying P3 in something of a no man’s land between Mercedes and Williams. I put Kimi in P6 because I predict some qualifying woes for the Finn and then some reluctance to get into too close of a scrap with Valtteri for obvious reasons.

Williams will be a solid 4th and 5th with Felipe having the upper hand due to his experience and success on the track. On the softer compound, he even comes close to challenging Sebastian for the final podium position but ultimately the Williams can’t maintain the pace and he has to back off to make the strategy work.

From what I’ve heard, Daniel is the only one taking the new engine for Red Bull so assuming Daniil doesn’t have a penalty, I see him being able to challenge the top 6 but ultimately just missing out. The Force Indias have been running well the last few races and probably should have performed better than they did in Mexico thanks to strategy so I expect them both to get in the points with Nasr rounding out the top 10.

This is obviously just a wild guestimate of what could happen and it’s early in the week to be placing bets but that’s partly what makes it fun. Maybe things will change after Friday practice! But for now, I will stick with this and we’ll see what happens. I’ll have a race report next Monday! (Or Tuesday, who knows, November is a little crazy…)

😇😇 Haven't been so stressed about meeting someone at a con in years but there was no need. A sweetheart, to be sure! #wcc2019
Sometimes I remember Instagram exists. Have a selfie.
So IT Chapter 2 has officially become my most watched movie in the cinema. I can't even say for sure that I'm done yet... The adult cast were so good but special shout out to @jamesransone for absolutely crushing it as Eddie. That character means so much to me and @jackdgrazer was a lot to live up to. I'll miss these Losers ❤🎈 Fingers crossed for that supercut! #itchapter2
#ConnorArmy #WeAreAlive
Day 7: Look up. #photo365 #fmspad
Day 5: A Fave Thing My bullet journal. It's been a work in progress for over a year and it's full of lovely messages from people and so much stream of conscious worldbuilding but it's become one of my main motivators of late. #photo365 #fmspad
Day 4: Yellow. Hufflepuff pride! #photo365 #fmspad
Day 3: Currently reading. The Princess Bride has been on my to read list for years. Figured 2019 should be the year I fix that. #photo365 #fmspad
Day 2: New. New desk means new desk decorations! And it just so happens I got a bunch of Yellow Submarine magnets for Christmas that have gone right on the cabinet next to me. #photo365 #fmspad