And right before Nano too, how inconvenient! As much as I want to tackle it straight away, I am determined to finish my current project by the end of the year (hopefully during Nano). But I figured there was no harm with sharing the cover I made and a vague synopsis of the plot… 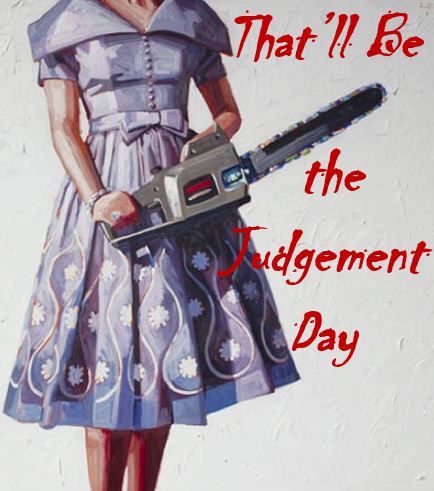 Vi Summers’ New Year’s wish for 1957 was for change. She’d been thinking along the lines of equality; not being thought of as insignificant purely because of her gender or the colour of her skin, that kind of thing.

So when she finds herself faced with what appears to be a walking corpse, teeth stained with blood and lumbering towards her, she has to wonder if she couldn’t have been a little more specific.

With the slaughter of her employer, Vi is left with her mistress’ children – six-year-old Peggy and teenager Joy – as they attempt to outrun whatever Soviet attack might be causing the spike in deaths across the Big Apple. And undeaths.

But even in the midst of the violent chaos overtaking New York, Vi thinks she’d rather take on a horde of flesh-eating monsters than deal with the racism and sexism that rears its ugly head in the face of life or death. And don’t even get her started on this thing the kids are calling rock and roll!

One thought on “Another idea!?”